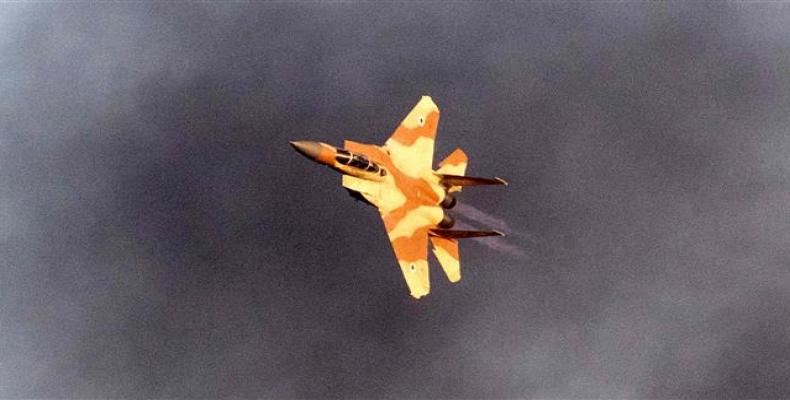 Tel Aviv, July 26 (RHC)-- Israeli fighter planes have carried out bombing raids on positions in Syria's Golan Heights.  The Israeli military claims that the attacks were carried out after a mortar round was allegedly fired into the Israeli-occupied side of the Golan Heights from Syria on Monday.

The Syrian army says drones were used in the attack that targeted a civilian home in Golan.  There were no immediate reports of injuries or damage to the residential area.

Israel seized the Golan Heights from Syria after the 1967 Six-Day War and later occupied it in a move that has never been recognized by the international community.

The Zionist regime has built scores of illegal settlements in the area ever since and has used the region to carry out a number of military operations against Palestinians and the Syrian government.