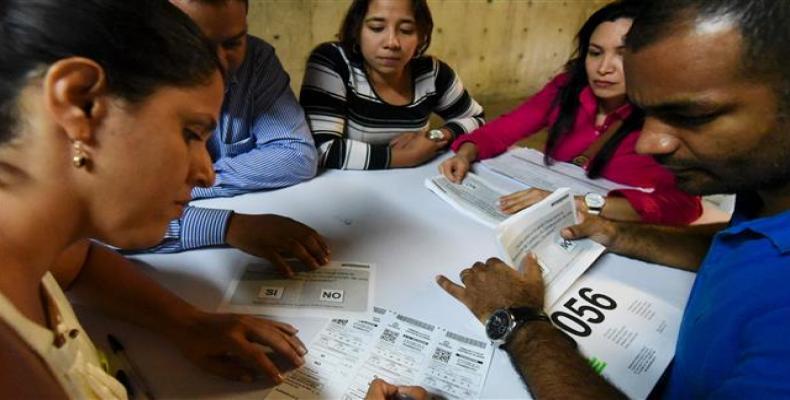 Bogota, October 3 (RHC)--  In Colombia's plebiscite on Sunday, there was a powerful, right-wing "No" campaign led by former President Alvaro Uribe and big landowners that took the stage.  And even though the vote is non-binding, these forces are opposed to even the remote possibility of a redistribution of wealth.

Uribe has been at the center of the 'No' campaign, arguing that agreeing to a peace deal with the Revolutionary Armed Forces of Colombia would be akin to rewarding the rebels for years of violence and alleged drug trading.  It is well-documented, however, that it is actually the landowners and Uribe himself that are tied to paramilitary violence and drug-trafficking.

Uribe argues that the FARC-EP has limited support and the government will be agreeing to concessions with -- in his words -- terrorists, which could never have been achieved through the legitimate political process.

While the 'No' camp was small, it was a powerful group and makes up the ruling elite.  From their perspective, Colombia's society and economy has for decades been "captured" by the illegitimate activities of the rebel group.  Uribe, with his staunch right-wing ideology, has warned that a deal with the rebels would ruin the economy and push Colombia towards socialism.

The 'No' campaign has had the luxury of the support of the mainstream media, including RCN, which is being investigated for supporting paramilitaries.  But polls released by RCN itself just days before the voting said that the "Yes" was leading 66 percent to 34 percent for "No."