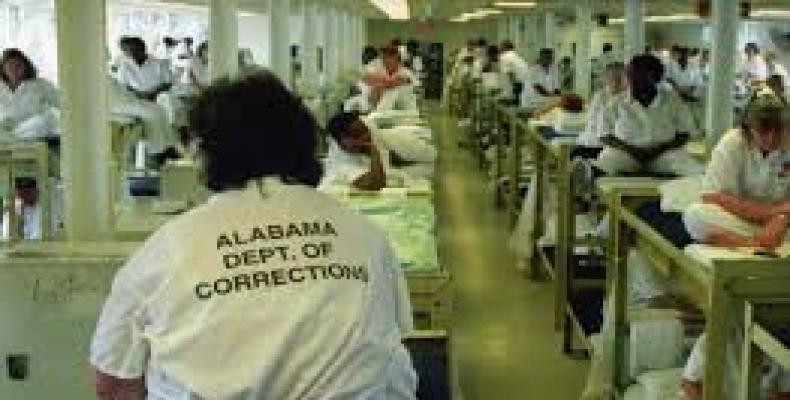 Washington, October 8 (RHC)-- The U.S. Justice Department has launched an investigation into the Alabama prison system amid a series of strikes by both prisoners and guards.  The probe focuses on living conditions and physical and sexual abuse of prisoners.

Alabama prisoners have been leaders in the organizing of the nationwide prison strike launched on September 9th in several U.S. states.  On September 24, guards at the Holman Correctional Facility in Atmore, Alabama, also went on strike, refusing to show up for the evening shift, amid safety concerns and overcrowding.