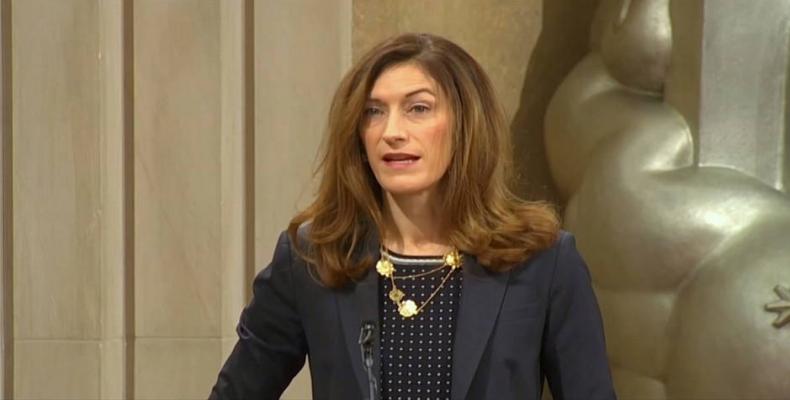 Washington, Feb 13 (RHC)-- The U.S. Justice Department’s third-highest-ranking official, Rachel Brand, has announced she plans to step down.  Her resignation comes as President Trump has repeatedly attacked the Justice Department over the ongoing investigation into Trump and whether his presidential campaign colluded with Russia.

Rachel Brand is next in line in succession after Deputy Attorney General Rod Rosenstein, who is overseeing special counsel Robert Mueller’s investigation.  Brand is leaving to take the top legal position at Walmart.