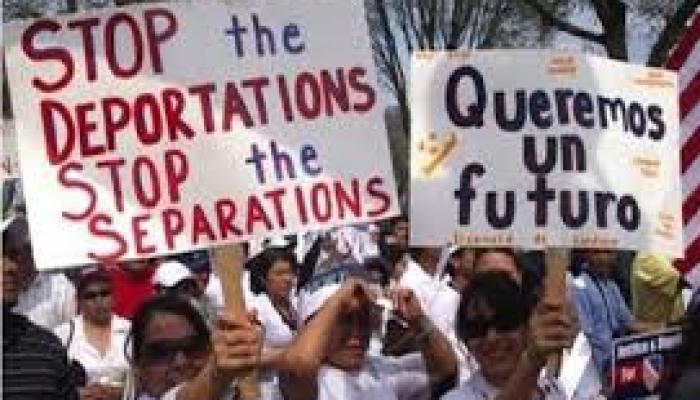 Guatemala City, November 22 (RHC-Telesur)-- In the face of pledges from president-elect Donald Trump to deport up to 3 million undocumented migrants immediately after he takes over the White House in January, the governments of Mexico, Honduras, Guatemala and Salvador have joined forces in the name of protecting the rights of their populations in the United States and tackling the migration crisis on home soil.

Representatives of the four countries met in Guatemala City on Monday where they discussed the need for ramped up border security measures while tackling the causes of mass migration from the so-called Northern Triangle — El Salvador, Guatemala and Honduras — and working to support the thousands of migrants already in the U.S. who fear deportation under a Trump presidency.

The talks also stressed the need for increased communication between the countries in the region in the face of these challenges.

Mexico already organized a hotline service last week through its consulates in the United States for millions of its citizens living undocumented north of the border to call if they are in need of consular support or information about their rights.

The Northern Triangle countries are set to join in the initiative with an extension of the service. One of the first concrete actions emerging from the agreement to put forward a shared strategy will be the launch of a joint consulate service in McAllen, Texas, in December, representatives announced.