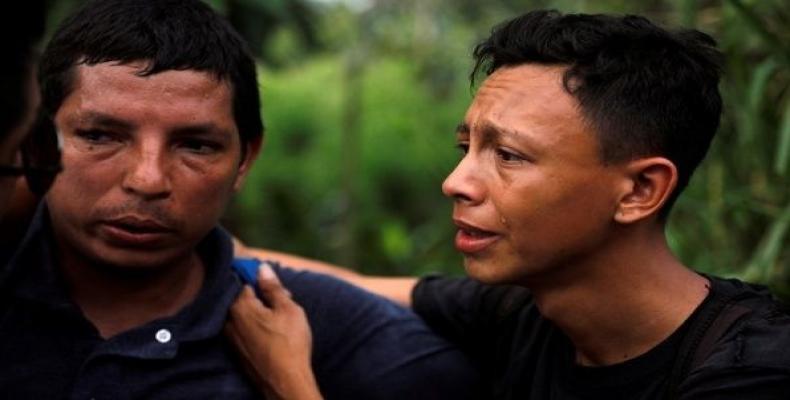 Mexico City, November 23 (RHC)-- In Mexico City, a group of psychologists from the Ibero University visited Central American migrants staying at a camp and found signs of depression, anxiety and severe undernourishment due the journey they have been through.

There are about 4,000 migrants sheltered at the Magdalena Mixhuca Sports City, where the government of Mexico City and aid organizations provided them mattresses, food, clothing and other items for their journey to the United States.

The Ibero University press office reported that a group of their psychologists interviewed groups of migrants, looking for signs of distress in their faces as there was no infrastructure to allow normal assessments, according Dr. Juan Carlos Hurtado Vega.

Hurtado, who works at the Clinica Bienestar (Wellbeing Clinic) run by the Ibero, revealed that the migrants suffered from marasmus, a state of extreme fatigue and malnourishment in which movements become slow and reactions can become visceral, turning their low levels of energy into sadness and anger.

The team of specialists checked in on some of the migrants, helping them to understand their own symptoms and signs of fatigue in order to take the necessary rest, self-care and hygiene measures, as well as making them aware of the risks they could encounter when traveling north during relatively cold weather and violent conditions.

“It’s not only about a psychological problem, but social and political with many aspects to consider,” Hurtado told Prensa Ibero.  “If we can’t solve a problem of public or migratory policies, the least we can do in humanitarian terms is to speak with them, distract them, make them conscious of the place they are and what they could face in an immediate future.  They’re people who are not in this situation out of pleasure.”

The doctor explained that psychological consultations and information can help the migrants in their difficult journey, as it could improve their understanding of their emotions and make better decisions. Not being able to deal with one’s emotions could lead to further problems with fellow members of the caravan or already tense sectors of Mexican society.

Leaving their home country in such uncertain conditions is a traumatic event and, according to Hurtado, people can fall into depression, lose hope and get angry.

“The experience of living a trauma adds up to other losses.  Not only abandoning the country, but risking health and suffering from uncertainty.  Frustration leads to reacting in an aggressive manner, which doesn’t mean people are bad.  Simply, circumstances and lack of options, such as the necessity to survive, can lead to disillusionment,” said Hurtado.

The arrival of the migrant caravan to Tijuana and other northern cities sparked rejection from some sectors of Mexican society, even leading to attacks on groups of migrants camping near the border.  Videos of migrants showing ungratefulness, often taken out of context, contributed in great part to the sentiment.