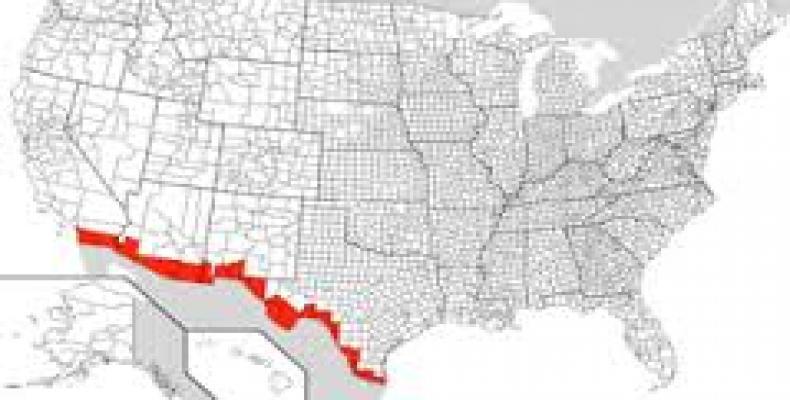 Tegucigalpa, November 18 (RHC)-- As President-elect Donald Trump is reportedly standing by his commitment to deport up to three million migrants starting in January, the presidents of Honduras, El Salvador and Guatemala area looking to coordinate their response with Mexico.

The presidents of the three Central American countries issued a joint statement saying they will ask their respective foreign ministries to formulate a collective position on the impact of a Trump presidency on jobs, migration, and investment.

The Foreign Minister of El Salvador, Hugo Martinez, told Reuters on that the regional countries would also look to coordinate with Mexico.  "What the presidents told us was that aside from this group ... we could expand to look for contact with Mexico, at first, and then also with the other Latin American countries," Martinez said.

Concerns about the impact of a Trump presidency on the region have continued to increase after the U.S. President-elect reiterated his campaign promises to deport millions of migrants and build a wall on the U.S.-Mexico border.  Many expect the number of Central American migrants trying to enter the U.S. to rise in the coming months as people try to enter the U.S. before Trump officially takes office in January.

Maria Andrea Matamoros, Honduras' deputy foreign minister, told Reuters that Trump´s promise of a wall “is the perfect advertising campaign for a human trafficker, and now, with the election of Trump, that has magnified, and we're already seeing -- incredibly -- a rise in the flow of migrants."

The presidents of the three Central American countries were meeting in Honduras to officially launch a “Trinational Force” of military, police, and intelligence agencies to combat the increasing violence generated by the U.S. funded “War on Drugs” as well as control the flow of migrants.  The “Trinational Force” is the militarized wing of the “Prosperity Plan” launched by Central American countries in 2014 in conjunction with Washington in an attempt to reduce the number of migrants reaching the U.S. border.

Some experts suggest that the criminal organizations controlling the drug trade are increasingly involved in the human smuggling industry, as migrants are forced to flee the devastation left both by U.S. economic policy towards the region and the U.S. funded Drug War.