At Least 126 Civilians Killed in Syria Bombing on Evacuation Bus 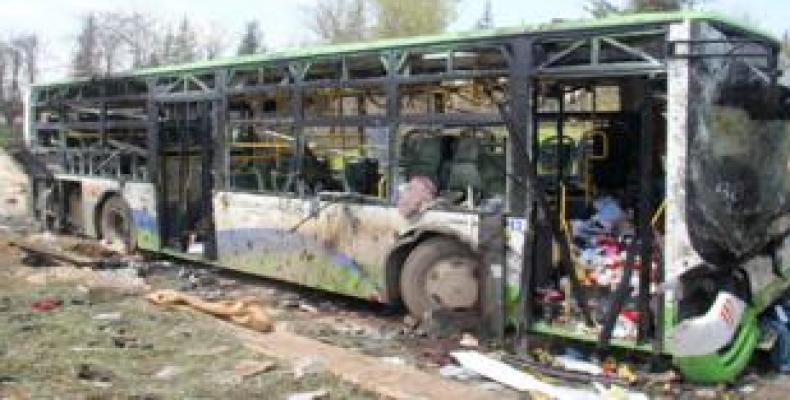 Damascus, April 17 (RHC)-- In Syria, at least 126 people were killed, including 68 children, in a bomb attack targeting a convoy of buses filled with civilians being evacuated from besieged government-held areas near Aleppo.  No group has claimed responsibility for the attack so far.

The attack occurred during a planned evacuation in which thousands of civilians trapped in both rebel-held and government-held areas were supposed to be guaranteed safe passage out of the besieged towns.