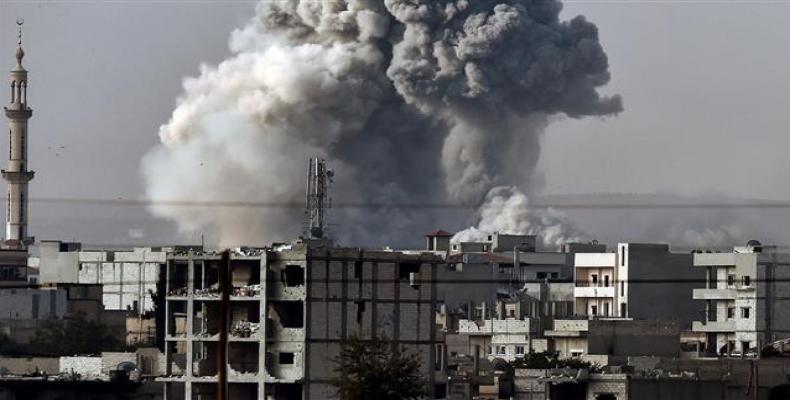 Damascus, June 4 (RHC)-- At least a dozen civilians have lost their lives when the U.S.-led coalition purportedly fighting the Daesh Takfiri terrorist group carried out a series of airstrikes on Syria’s northeastern province of Hasakah.

The so-called Syrian Observatory for Human Rights said over the weekend that 12 people had been killed as airstrikes and artillery fire by the Western military contingent struck the village of Hidaj, which is located in the southern sector of the province and controlled by Daesh.

The Britain-based monitor added that the civilians, including two women and their children, belonged to the same family.  The Observatory further noted that the latest deaths brought to “20 the number of civilians killed by the coalition over the past 24 hours east of the Euphrates River.”

Local sources told Syria’s official news agency SANA on May 1 that 25 people had been killed in U.S.-led aerial attacks against al-Fadhel village near al-Shaddadi town in the southern part of Hasakah province, located 650 kilometers northeast of the capital Damascus.

The sources added that there were two elderly men among the deceased, noting that the fatalities mainly consisted of women and children.