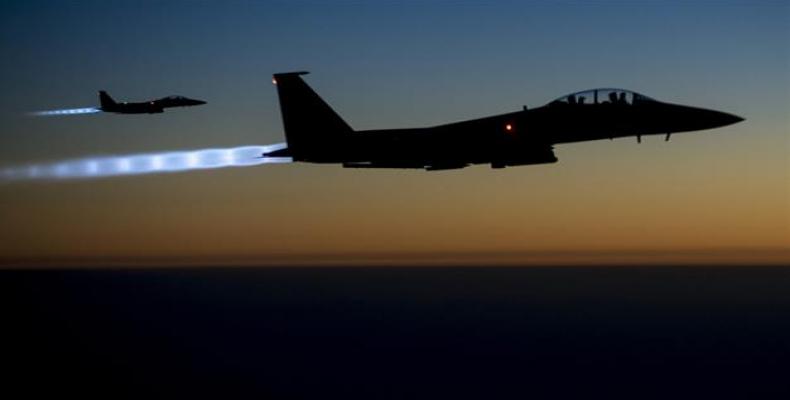 Damascus, Feb 26 (RHC)-- At least 29 civilians have been killed in several U.S.-led airstrikes inside Syrian territory.  According to Syria's official SANA news agency on Sunday, the airstrikes targeted residential areas in al-Shaafa and Dharat Allouni villages.

The number of those killed is expected to rise as dozens of people were also injured, some of whom are in critical condition.

The London-based Airwars organization, which tracks civilian deaths in U.S.-led airstrikes, reported earlier this year that a total of 5,961 civilians had been killed as a result of such attacks in Iraq and Syria.

The so-called Syrian Observatory for Human Rights reported on November 23 last year that 2,759 civilians, including 644 minors and 470 women, had been killed in U.S.-led aerial attacks against civilian areas in Syria over the past 38 months.

The U.S. and its allies have been bombarding what they call Daesh positions inside Syria since September 2014 without any authorization from the Damascus government or a United Nations mandate.

The airstrikes have on many occasions resulted in civilian casualties and failed to fulfill their declared aim of countering terrorism.  The Syrian Foreign Ministry has on several occasions written to the UN, complaining that the U.S. was flagrantly violating the sovereignty of Syria by targeting residential neighborhoods.