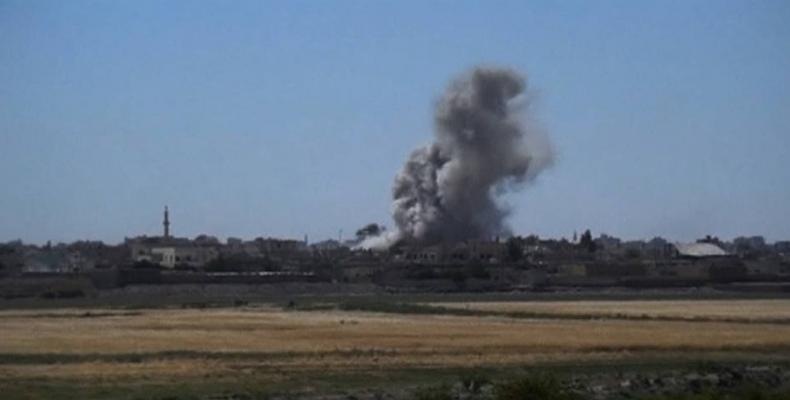 United Nations, June 16 (RHC)-- United Nations investigators say U.S.-led coalition airstrikes have killed at least 300 civilians in and around the Syrian city of Raqqa over the last three months.

The deadliest attack was a March 21 airstrike that killed as many as 200 civilians when it struck a school housing displaced families in the town of Mansoura.  The U.N. investigators say the escalating U.S.-led bombing campaign has also displaced more than 150,000 civilians.