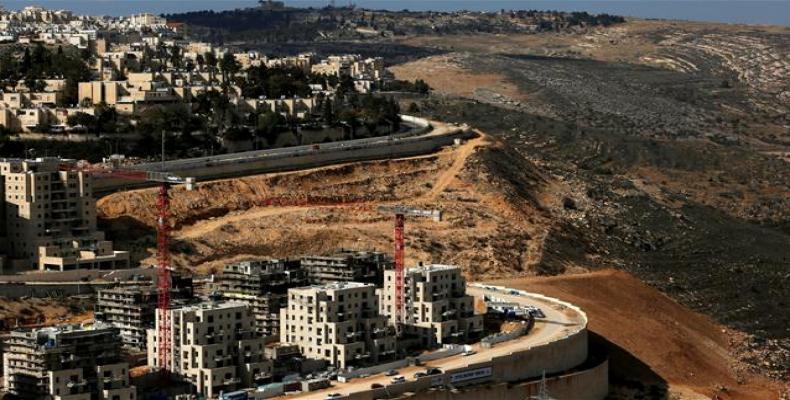 United Nations, May 12 (RHC)-- Israel has appealed to the U.S. to nullify UN Security Council Resolution 2334 which demands a halt to all settlement expansion in the occupied Palestinian territories, a report says.

The Israeli Foreign Ministry made the request to U.S. Ambassador to the UN Nikki Haley earlier this week, Ynetnews website reported on Thursday.  Tel Aviv has also called on Washington to reduce the activities of UN bodies related to the Palestinian issue and slash their budget and manpower.  And, according to reports, the U.S. has further been asked to decrease the number of Security Council discussions on Israel that are currently held once a month.

The Security Council approved Resolution 2334 in December 2016 by a vote of 14-0 with the U.S. abstaining.  The resolution states that Israel’s establishment of settlements in the occupied territories, including East Jerusalem, “had no legal validity, constituting a flagrant violation under international law and a major obstacle to the vision of [the so-called] two states.”

It further demands that “Israel immediately and completely cease all settlement activities in the occupied Palestinian territory, including East Jerusalem.”  The office of Israeli Prime Minister Benjamin Netanyahu described the rare U.S. abstention -- under the Barack Obama administration -- as “shameful.”

Following the vote, U.S. President Donald Trump tweeted, “As to the UN, things will be different after January 20th," referring to the date of his inauguration.  Emboldened by Trump's support, the Tel Aviv regime has recently given the go-ahead to the construction of many settler units in the occupied territories in defiance of Resolution 2334.

Over half a million Israelis live in over 230 settlements built illegally since the 1967 occupation of the Palestinian territories.  The continued expansion of Israeli settlements is one of the major obstacles to the establishment of peace in the Middle East.