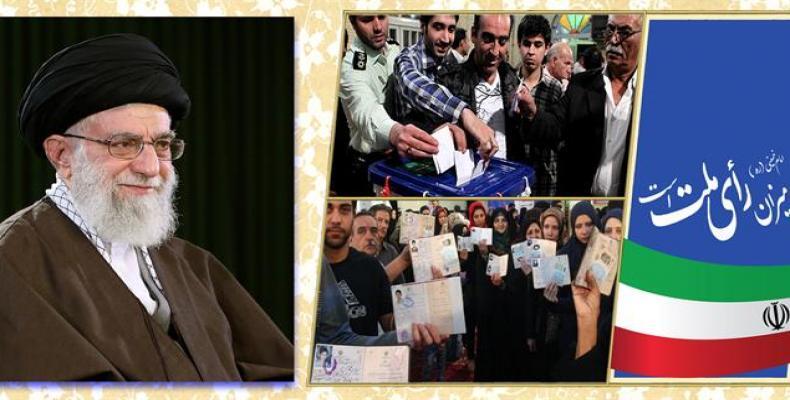 Tehran, May 20 (RHC)-- In Iran, President Hassan Rouhani has won re-election for a second term by a wide margin.  Rouhani won a resounding victory with more than 23 million 500 thousand votes or 57 percent of the total ballots.  His nearest rival in the four-candidate race, Seyyed Ebrahim Raeisi, came in with nearly 16 million votes or 38.5 percent.

On Saturday, the leader of the Islamic Revolution Ayatollah Seyyed Ali Khamenei issued a message commending the Iranian people for what he called their "massive and epic" turnout in the country's elections.

Ayatollah Seyyed Ali Khamenei noted that people stood in long lines to reach the ballot boxes throughout the country, which was "a clear indication of the strength of the pillars of the Islamic democracy."