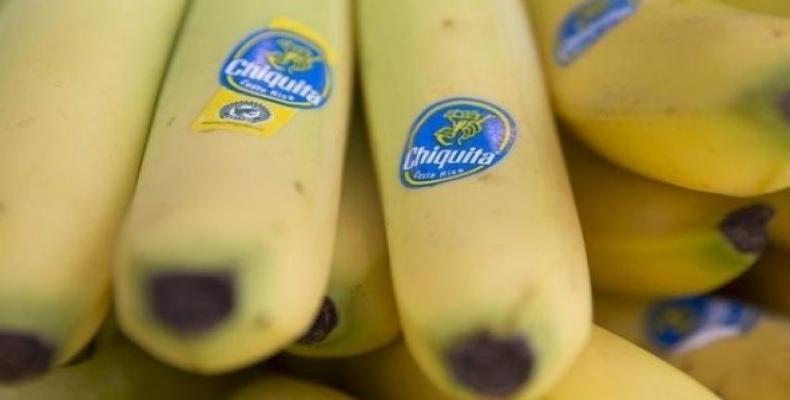 Geneva, June 9 (RHC)-- A coalition of Colombian and international human rights groups have called on the International Criminal Court to investigate 14 former and current Chiquita executives and employees who had direct involvement in facilitating crimes against humanity by funding right-wing paramilitary organizations in Colombia between 1997 and 2004 in the midst of Colombia's bloody internal conflict.

The petition was presented by the International Human Rights Clinic of Harvard Law School, the International Federation for Human Rights, and the Colectivo de Abogados José Alvear Restrepo, a Colombian human rights organization.  The human rights coalition asked the ICC that the Chiquita executives be investigated and held accountable individually for “crimes against humanity.”

“The executives who oversaw the funding of paramilitaries should not be able to sit comfortably in their houses in the United States as if they did nothing wrong,” said a member of the Peace Community of San Jose de Apartado, which submitted a letter to the ICC about how the paramilitary violence personally affected them. “Families across Colombia have been waiting for accountability for too long.”

The petition continues by accusing the suspects of being “involved in repeatedly making payments to the AUC despite their knowledge of the AUC’s involvement in murder, forced displacement, enforced disappearance, sexual violence, torture, and persecution of civilians.”

As a corporate entity, Chiquita pled guilty in a U.S. federal court in 2007 to making illegal payments totalling $1.7 million to the AUC after a U.S. Department of Justice investigation. However, because the court only tried Chiquita as a corporate body, no individual executive or employee involved has been legally held accountable to date.

The AUC was formed in 1997 to organize various right-wing paramilitary groups, and has been deemed a terrorist organization by Washington for participating in civilian massacres, and assassinating politicians, unionists, and workers.

The recent “Chiquita Papers”, a collection of released internal Chiquita documents published by the National Security Archive in Washington, D.C., revealed for the first time the extent to which individual Chiquita executives had knowledge and awareness of the crimes they were funding.

In the released documents, the handwritten notes of Wilfred “Bud” White, vice president of Internal Audit at Chiquita, refer to the illegal payments as the “cost of doing business in Colombia.”  White goes on in the notes to say “maybe the question is not why we are doing this ... but rather ... we are in Colombia ... and do we want to ship bananas from Colombia?”

In the years that Chiquita was funding the AUC, the company's Colombia subsidiary became its most profitable banana operation in the world.

The documents also reveal that prior to 1997, Chiquita also paid the country's two largest rebel armies, the FARC and the ELN, beginning in 1989 in order to ensure that banana production could continue safely in the midst of the civil war. However, they later phased them out as right-wing paramilitary groups gained strength. The payments to guerrilla armies ended around 1997, but the company continued payments to right-wing death squad groups until 2004.

Chiquita Brands, formerly called the United Fruit Company, has a long and bloody history in Colombia and the rest of Latin America going back nearly a century.  In 1928, banana workers at a United Fruit Company plantation in Colombia were massacred by the military during a labor strike that the company and affiliated U.S. officials saw as a threatening communist uprising.  The Banana Massacre, as it is remembered, was fictionally depicted in the novel “One Hundred Years of Solitude” by world-renowned Colombian author Gabriel Garcia Marquez.