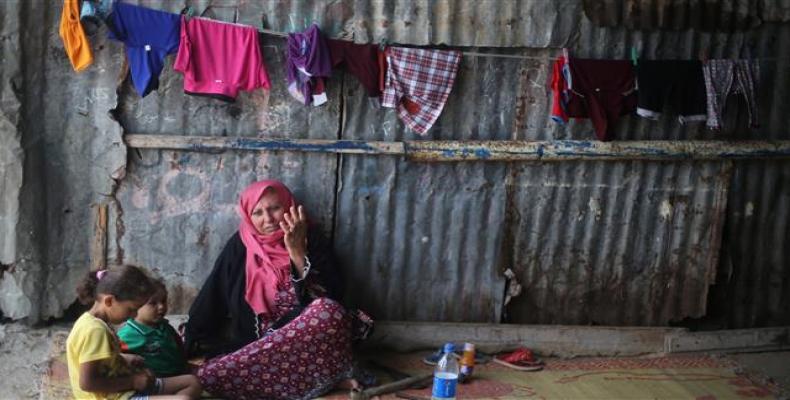 United Nations, July 12 (RHC)-- A UN official has warned that the Gaza Strip is drawing closer to becoming “unlivable” much faster than previous expectations, as Israel’s all-out blockade of the impoverished sliver continues.

In an interview with AFP, the UN's top humanitarian official in the Palestinian territories, Robert Piper, said that all the "indicators are going in the wrong direction" with regard to the living conditions in Gaza.

"We predicted some years ago that Gaza would fast become unlivable on a host of indicators and that deadline is actually approaching even faster than we predicted -- from health access, to energy to water," he said.

A 2012 UN report predicted that Gaza Strip would be "unlivable" by 2020 if nothing was done to ease Israel’s ongoing blockade.

Power supplies are restricted to two hours a day in Gaza, while medical care has been reduced and youth unemployment hiked to 60 percent, Piper noted.  He said that under the existing circumstances, "for most of us that unlivability point has already been passed," adding: “And yet somehow Gazans go on."

A new UN report on living conditions in Gaza titled "Gaza - Ten Years Later" says over 95 percent of Gaza's water is not suitable for drinking.

Israel has been blockading the enclave since 2007 as a way of punishing its two million residents over voting for a Hamas administration. The blockade has caused a decline in the standards of living as well as unprecedented levels of unemployment and unrelenting poverty.

Israel has also waged four wars on the impoverished enclave since 2008, killing and maiming hundreds of civilians and destroying the infrastructure in the region.