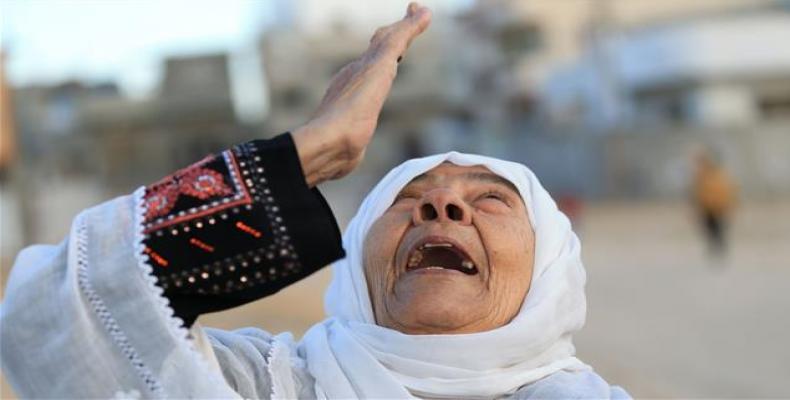 Geneva, January 13 (RHC)-- A UN agency that delivers aid to Palestinian refugees has waned of a "catastrophic" impact on them if it loses significant funding from the United States, days after U.S. President Donald Trump threatened to cut his country's aid to Palestinians.

"The human impact of losing significant funding could be catastrophic in the real lives of real people whom the UN is mandated to protect," said Chris Gunness, the spokesman of the UN Relief and Works Agency for Palestine Refugees in the Near East (UNRWA), on Friday.  His comments came a week after Trump said that Washington might withhold future aid payments to UNRWA over what he called the Palestinians' unwillingness to talk peace with Israel.

On January 2, Trump, in a number of tweets, threatened to cut Washington's aid to Palestinians, currently worth more than $300 million a year, alleging that the Palestinian Authority was no longer willing to engage in the so-called peace talks with Israel.  According to UNRWA's official website, the U.S. is the agency's largest donor with a pledge of nearly $370 million as of 2016.

"Palestinian refugees are among some of the most vulnerable people in the Middle East. Our health services offer a life line, quite literally, to vulnerable women and children, the sick and the elderly," Gunness added.

Established in 1949 with the mission of aiding Palestinian refugees, UNRWA provides educational and health services in the besieged Gaza Strip and the occupied West Bank.  "Even the most modest shock in a fragile society can have an inordinate impact and the consequences could be profound, widespread, dramatic and unpredictable," Gunness further warned.