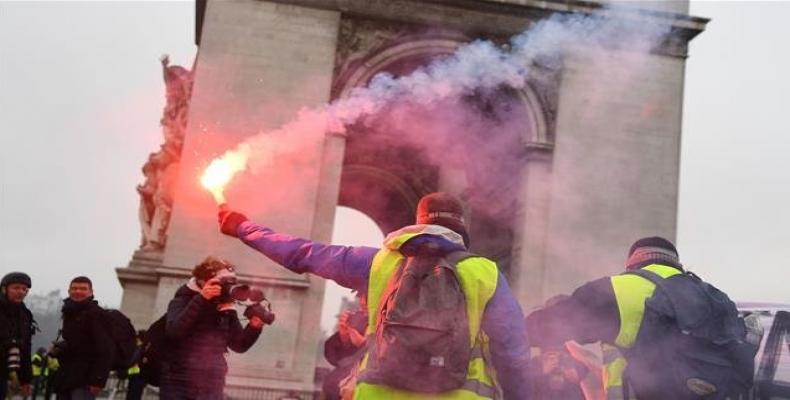 During the protests, an 80-year-old woman reportedly died over the weekend after a tear gas canister flew into her home, hitting her in the face.  More than 400 protesters were arrested across the country over the weekend.

In Paris, cars and several buildings were set on fire, and windows were smashed.  Police fired tear gas, stun grenades and water cannons at protesters.