At Least 20 Civilians in Yemen Killed Near Taiz as Saudis Block U.N. Flight 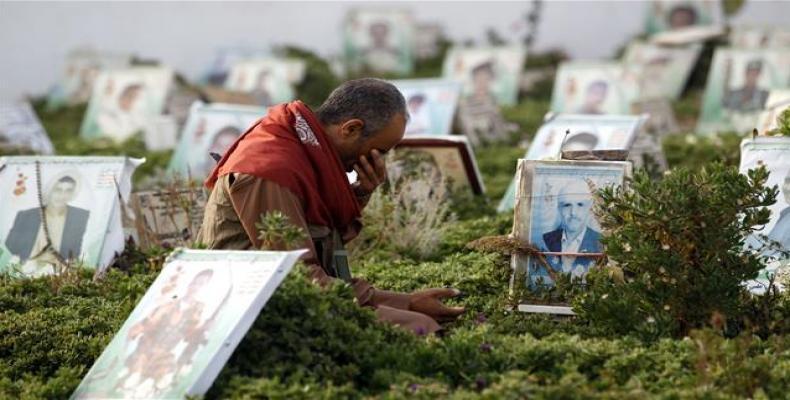 Sanaa, July 21 (RHC)-- In Yemen, at least 20 civilians were killed as they attempted to flee U.S.-backed, Saudi-led airstrikes.  Witnesses said a warplane bombed a vehicle packed with families fleeing intense fighting near the city of Taiz.

The latest civilian deaths came amid a massive cholera epidemic brought on by the destruction of Yemen’s sanitation, water and healthcare infrastructure, after Saudi-led airstrikes leveled hospitals and clinics across the country.

Since April, cholera has sickened a third of a million people and killed over 1,700.  Meanwhile, the Saudi-led military coalition prevented a United Nations flight carrying aid workers from reaching the capital Sana’a Tuesday, after grounding the flight in Djibouti because three journalists were aboard.