Saudi-led airstrike on Yemen kills 16 and wounds 12 others 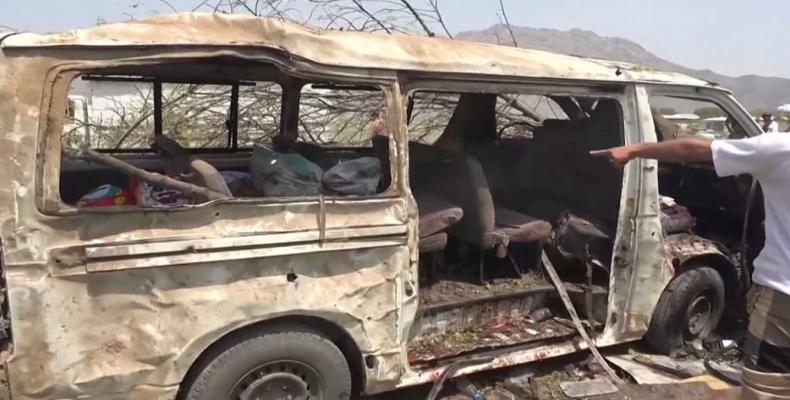 Sanaa, October 26 (RHC)-- In Yemen, an airstrike on a vegetable packaging plant in the coastal province of Hodeidah has killed at least 16 people and wounded 12 others, according to medical workers and residents.  All of the victims were workers at the plant.

The killing was the latest in a string of civilian deaths amid the ongoing U.S.-backed, Saudi-led bombing in Yemen.  The assault and a Saudi blockade have exacerbated a cholera epidemic that’s led to 1.2 million suspected cases, while fueling a food crisis that has pushed 14 million people to the brink of famine.