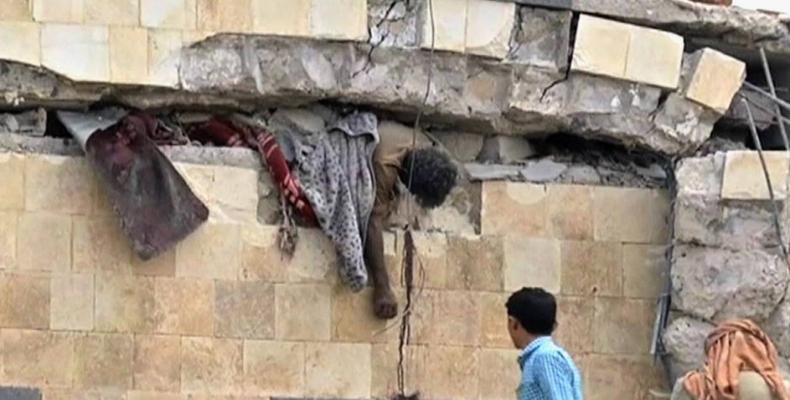 Sanaa, August 25 (RHC)-- In Yemen, a U.S.-backed Saudi-led airstrike north of the capital Sanaa killed at least 41 people when it struck a hotel.

Local doctors say the victims were farmers, and that there were up to 100 people inside the hotel at the time of the attack.  The death toll is expected to rise, as more than a dozen bodies are still buried under the rubble.