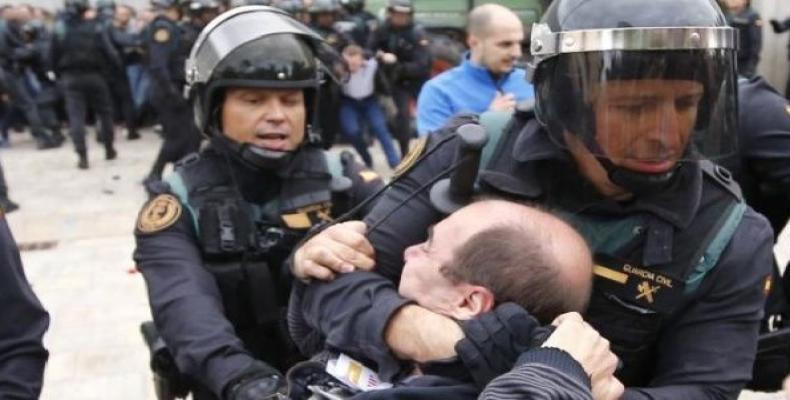 The Spanish government says the referendum is illegal.  Ahead of Sunday’s vote, Spanish police seized control of ballots and fliers, raided the Catalan regional government’s offices and even shut down pro-independence websites.

Spain says it will recognize neither the results of the referendum nor a declaration of independence.