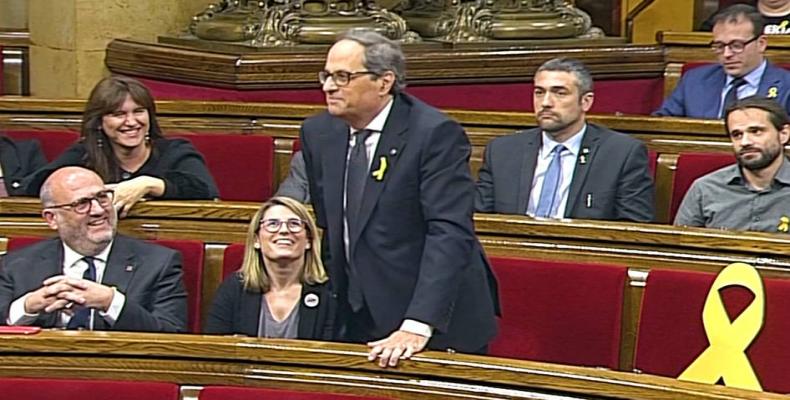 Barcelona, May 16 (RHC)-- The Catalan Parliament has elected a pro-independence Member of Parliament as president, seven months after Spain took direct control of Catalonia following its independence referendum.

Quim Torra will now succeed former Catalonia President Carles Puigdemont, who is in exile in Berlin, where he awaits a German court’s decision on whether to extradite him to Spain on charges of rebellion.

Other members of Puigdemont’s administration have been imprisoned on charges of rebellion and misuse of public funds for having organized the independence referendum, which sparked the biggest constitutional crisis in Spain since the end of the Franco dictatorship in the 1970s.