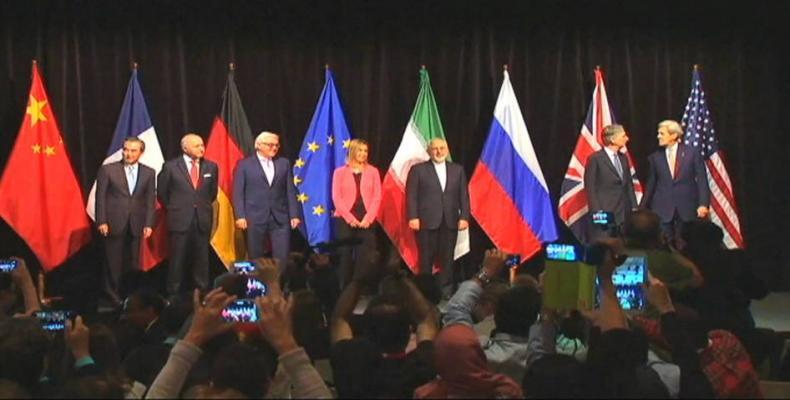 Vienna, October 14 (RHC)-- In response to the U.S. President Donald Trump’s decision to decertify the Joint Comprehensive Plan of Action, JCPOA, with Tehran, the International Atomic Energy Agency, IAEA,  has confirmed that Iran adhered to the nuclear deal.

"As I have reported to the Board of Governors, the nuclear-related commitments undertaken by Iran under the Joint Comprehensive Plan of Action are being implemented," the IAEA Director General Yukiya Amano said in a statement following Trump's announcement.

"The IAEA’s verification and monitoring activities address all the nuclear-related elements under the Joint Comprehensive Plan of Action. They are undertaken in an impartial and objective manner and in accordance with the modalities defined by the JCPOA and standard safeguards practice," the UN nuclear watchdog's chief added.

The European Union's foreign policy chief Federica Mogherini emphasized the same, adding that no one country could ax the deal, which was agreed by the U.K., France, Germany, Russia, China and the U.S.

Tehran has slammed Trump’s decision as “delusional”, with Iranian President Hassan Rouhani adding that Washington "is more isolated than ever" and cannot change the nuclear deal unilaterally.

While the Iranian Foreign Minister Javad Zarif posted his robust response on Twitter.

In contrast, two countries which have pressurized Trump to harden his stance against Iran, Saudi Arabia and Israel, have both expressed their praise for the U.S. President’s move.