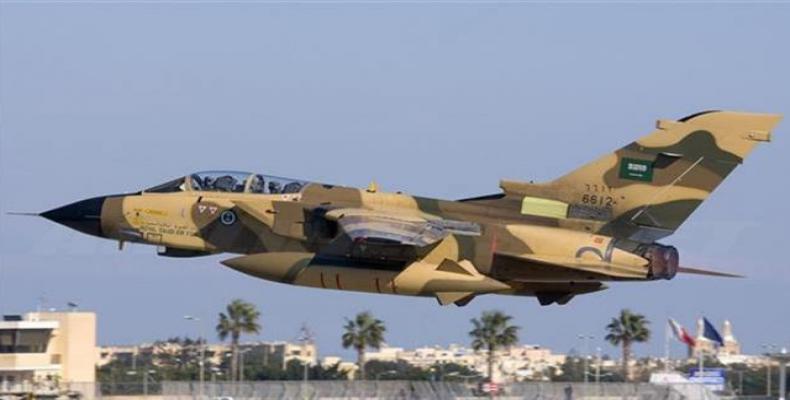 According to Yemeni officials on Tuesday, the airport’s ground navigation tower and parts of its runway are damaged in the airstrike.  The United Nations has confirmed the attack, noting the damage resulting from the strike will not stop the arrival of aid shipments if the Saudis honor their promise of loosening the blockade.

The announcement came after the UN and more than 20 aid groups strongly denounced the blockade, warning that it could bring millions of people closer to "starvation and death."

Early this month, Saudi Arabia announced that it was shutting down Yemen’s air, sea, and land borders, after Yemeni fighters targeted an international airport near the Saudi capital with a cruise missile.

"This will have no impact on our operations once they resume," said the UN’s Jamie McGoldrick.  Earlier in the day, McGoldrick noted that there has so far been "no indication" that the Saudis would lift the blockade as they recently announced.

UN spokesman Stephane Dujarric also told reporters that without Sana’a airport and Hudaydah and Salif seaports fully functioning and able to receive cargo "the dire humanitarian situation will deteriorate further."  He added that "seven million people are already on the brink of famine, and the blockade will only bring them closer to it."

More than 12,000 people have been killed since the onset of the campaign more than two and a half years ago. Much of the Arabian Peninsula country's infrastructure, including hospitals, schools and factories, has been reduced to rubble due to the war.

Another 2,100 people have died of cholera since April as hospitals struggle to secure basic supplies across the country.