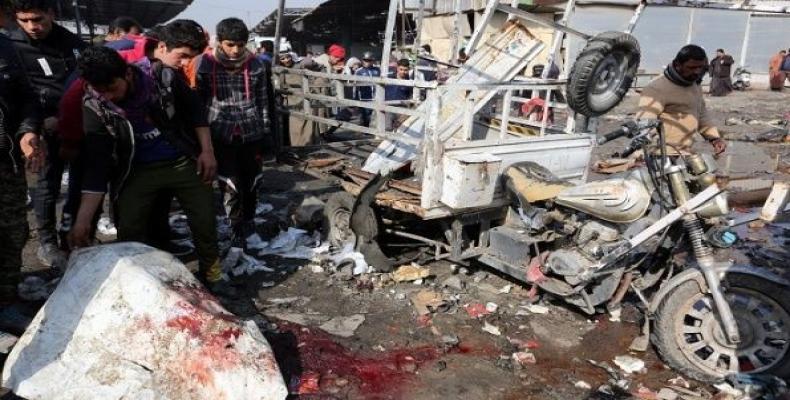 Baghdad, November 29 (RHC)-- At least 17 people were killed and more than 28 wounded after a suicide attack in Baghdad, a source with Iraq's security agencies said.  According to the report, the attack was directed at a shopping center in the Nahrawan neighborhood, southeast of the Iraqi capital.

Responsibility for the attack was claimed by the self-styled Islamic State through its propaganda agency Amaq.  The terrorist group detailed that the target was the forces of Hashd al Shaabi, mostly made up of Shiites, who together with Iraqi troops are fighting the Islamic State.

A police captain told AFP, the French Press News Agency, that "five suicide bombers attacked the shops in the Nahrawan area" and three were killed by the Iraqi security forces, "but the other two detonated their explosives."  He added that 31 other civilians and two members of the security forces were wounded in the attack.