Trump's Lawyers Argue Sexual Harassment Lawsuit Should be Thrown Out 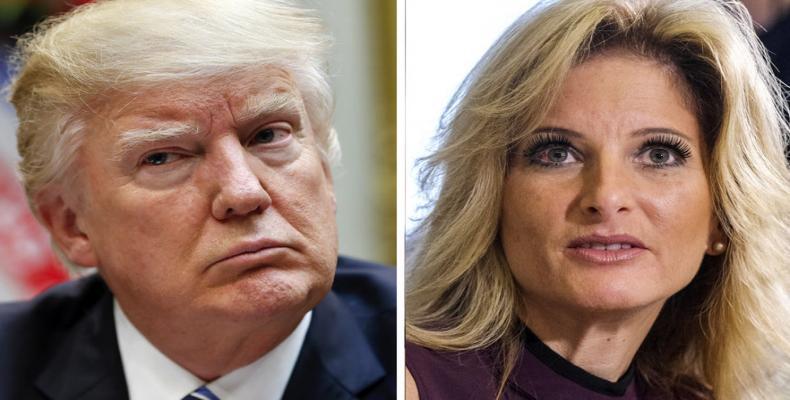 New York, December 6 (RHC)-- Lawyers for U.S. President Donald Trump have asked a New York state judge to throw out a defamation lawsuit by Summer Zervos, a former contestant on Trump’s television show “The Apprentice” who accused him of sexually harassing her.  Zervos filed her lawsuit in January, three days before Trump’s inauguration.  The lawsuit contends that Trump’s denials of Zervos’s accusations amounted to false and defamatory statements and that being “branded a liar” by Trump has harmed her and her business.

Trump’s lawyers, led by Marc Kasowitz, have said in court filings that the lawsuit should be dismissed, arguing that Zervos is making false, self-contradictory and politically motivated accusations and that the president’s remarks were “non-actionable fiery rhetoric.”  They have also argued that the U.S. Constitution bars civil lawsuits in state courts against a sitting U.S. president.

Justice Jennifer Schecter is expected to rule on whether to allow the case to proceed in New York State Supreme Court in Manhattan.  In March, Zervos, who accused Trump of groping her during meetings in 2007, subpoenaed Trump’s presidential campaign for any documents concerning similar allegations against him.  Trump has denied any such accusations.

If the case went ahead, it could lead to Trump being compelled to hand over any documents from his campaign related to any accusations of sexual impropriety made against him.  Trump could also be required to testify.

The lawsuit cited as examples of defamation numerous posts from Trump’s Twitter account, including one from October 15, 2016, which said: “Nothing ever happened with any of these women.  Totally made up nonsense to steal the election.”

Zervos met Trump after becoming a contestant on NBC’s “The Apprentice” in 2005.  She has accused Trump of kissing her against her will at his New York office in 2007 and later groping her in a hotel in Beverley Hills after she met with him about a possible job.  She was one of several women who made accusations against Trump after the emergence last year of a conversation recorded in 2005 in which he spoke in vulgar terms about trying to have sex with women.  The tape was recorded while Trump was speaking with TV host Billy Bush of “Access Hollywood.”

Trump has said that the comments amounted to “locker room banter,” and his campaign issued a statement in which he apologized if anyone was offended.  Since the lawsuit was filed, numerous accusations of sexual misconduct have been made against powerful men in politics, media and entertainment.