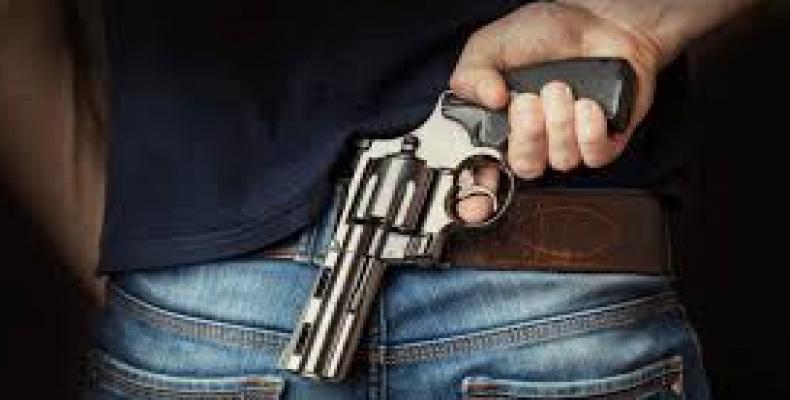 Washington, December 12 (RHC)-- In the United States, the House of Representatives has voted to further deregulate gun laws, despite a recent string of high-profile mass shootings, including at a church, an elementary school and a country music concert.

The legislation, known as the Concealed Carry Reciprocity Act, would allow people with concealed-carry licenses in one state to carry the concealed handgun across state lines.  The measure was heavily backed by the NRA, the National Rifle Association.  Critics of the measure say it encroaches on states’ abilities to implement their own gun safety laws.

The bill also calls for not a ban but a study of so-called bump stocks, which allow semi-automatic rifles to act like machine guns, capable of firing hundreds of rounds per minute.  In October, Stephen Paddock, a 64-year-old white man, killed 59 people, including himself, and injured nearly 500 people during a mass shooting in Las Vegas.  Authorities say Paddock had at least 12 bump stocks.