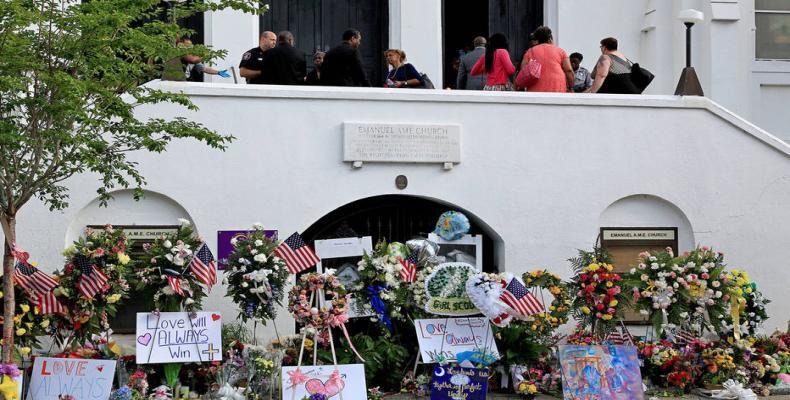 Charleston, September 4 (RHC)-- A U.S. federal court ruled that survivors and the relatives of victims of 2015’s massacre at Mother Emanuel AME Church in Charleston, South Carolina, can sue the government for its failure in the firearms background check system.  Nine Black worshipers were killed in the mass shooting.

The shooter, Dylann Roof, purchased a semiautomatic pistol from a licensed gun seller, but the agent who was charged with verifying his background failed to obtain a police report of a past drug-related infraction, which would have barred him from legally acquiring the weapon.

Following the shooting, then-FBI Director James Comey admitted he should not have been permitted to purchase the gun.  Roof -- a self-proclaimed racist, white supremacist -- was found guilty on 33 counts of federal hate crimes and sentenced to death in 2017.