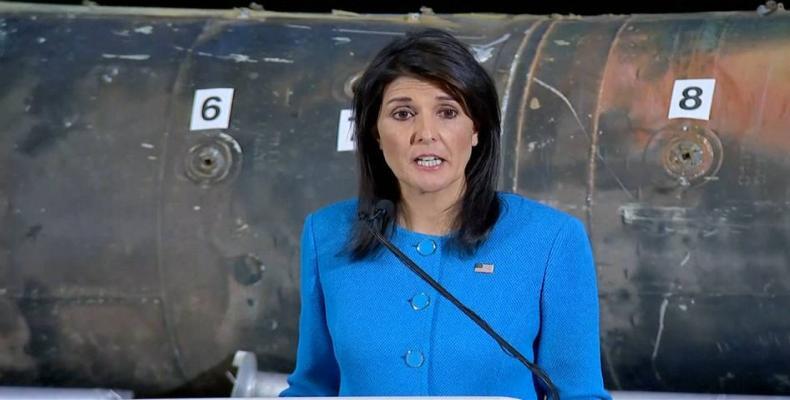 Washington, December 16 (RHC)-- In the U.S., the Donald Trump administration is trying to claim Iran violated an international agreement on arms transfers -- even though experts say the evidence presented by U.S. Ambassador to the U.N. Nikki Haley falls short of proving the claims.

At a military base in Washington, D.C., Haley presented pieces of weapons she claims Iran supplied to the Houthi militia fighting in Yemen.  Haley claimed the weaponry proves Iran violated a United Nations Security Council resolution passed in 2015.  But military officials were not able to say when the weapons were transferred, when they were used or, in some cases, where they had even been found.

Despite the inconclusive evidence, Haley used the event as an opportunity to attack Iran and the landmark 2015 Iran nuclear deal.