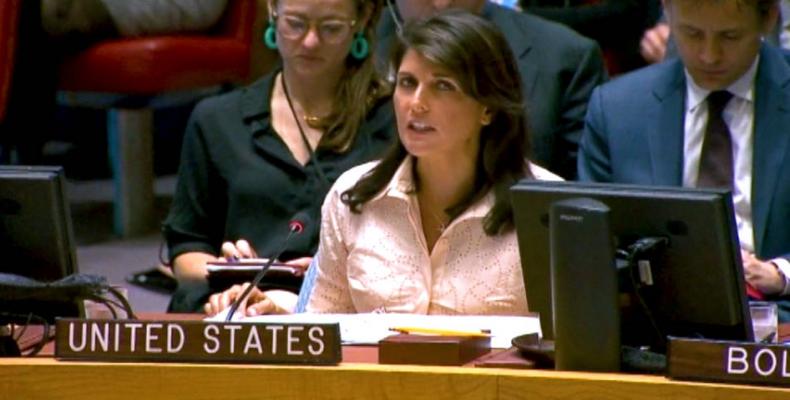 United Nations, May 16 (RHC)-- At the United Nations, U.S. Ambassador Nikki Haley has blocked a call for an international investigation into Israel’s massacre of at least 61 unarmed Palestinians.  On Tuesday, she repeatedly blamed the violence on Hamas while praising Israel for “showing restraint.”

Haley refused to criticize Israel for the killings.  Later, the U.S. ambassador walked out of the Security Council chamber when the Palestinian ambassador to the U.N., Riyad Mansour, addressed the council.

Meanwhile, hospitals in Gaza are continuing to struggle to deal with the thousands of patients who were wounded by the Israeli military on Monday and Tuesday.