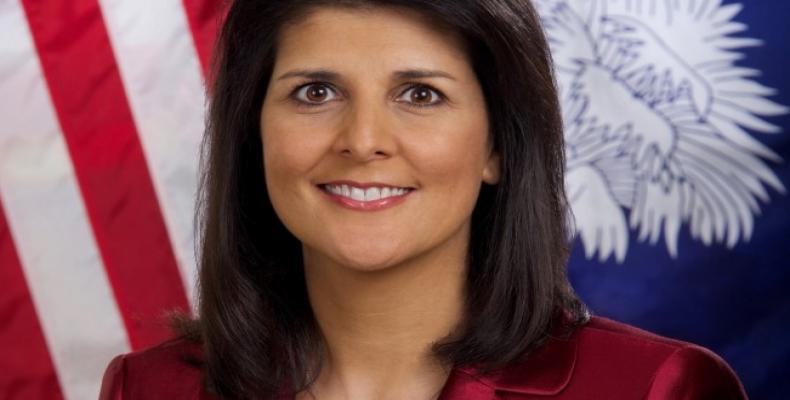 Tel Aviv, December 10 (RHC)-- The U.S. President-elect has named South Carolina Governor Nikki Haley as the next U.S. ambassador to the United Nations.  The daughter of Indian immigrants, Haley is widely seen as a foreign policy novice.

Israel was one of the first countries to welcome her nomination.  Last year, Haley became the first governor to sign legislation against the BDS, or Boycott, Divestment and Sanctions, movement, an international campaign to pressure Israel to comply with international law and respect Palestinian rights.