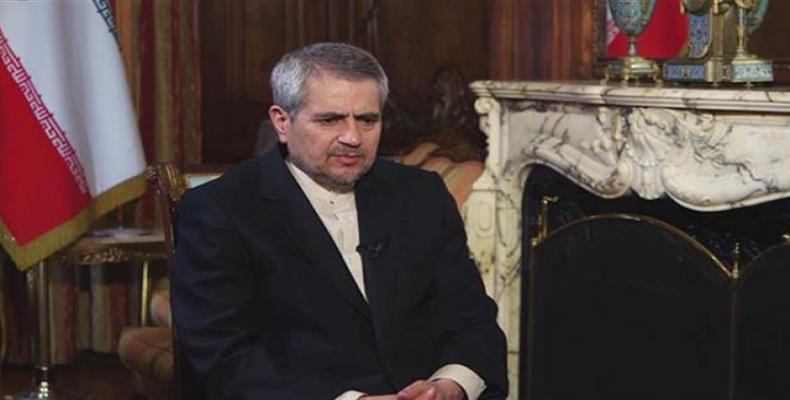 In a commentary published by the Guardian, Khoshroo stressed that by ditching the nuclear deal with Iran and sanctioning countries engaged in business transactions with the country, the U.S. is violating UNSC Resolution 2231.

“For the first time in the history of the United Nations, the United States -- a permanent member of the Security Council with veto power -- is engaging in penalizing nations across the entire world; not for violating a Security Council resolution, rather, for abiding by it,” he said.

The resolution, which was adopted six days after the Joint Comprehensive Plan of Action (JCPOA) was signed in Vienna, calls on UN member states to stay clear of  "actions that undermine implementation of commitments” related to the nuclear agreement, the Iranian ambassador added.

The agreement with Iran was signed in 2015 by the five permanent members of the UN Security Council, including the US, plus Germany under then U.S. President Barack Obama.  Under the deal, Iran undertook to put limits on its nuclear program in exchange for the removal of nuclear-related sanctions imposed against it.

The European Union has said the international community has an obligation to maintain economic relations with Iran.