Honduran Official Detained in Connection to Murder of Activist 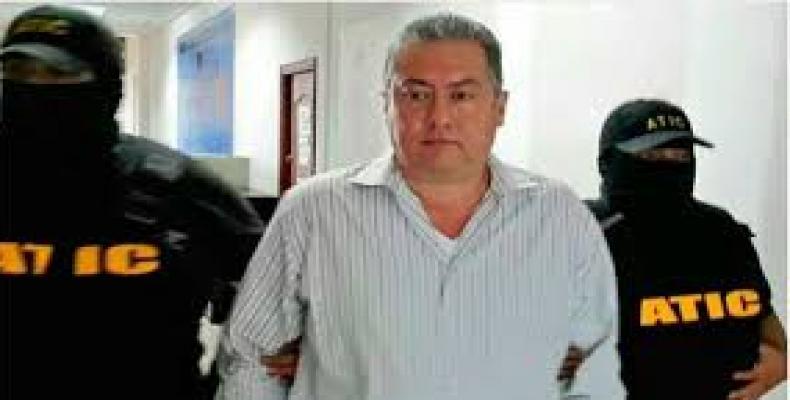 Tegucigalpa, October 18 (RHC)-- Roberto Dario Cardona, former Honduran deputy-minister for natural resources and the environment and suspected of being involved in the murder of environmentalist Berta Caceres has been arrested, but was later released after posting a bond and agreeing to appear before the court periodically.

Cardona is accused of being one of the high-ranking officials who illegally advanced the Agua Zarca hydroelectric dam project opposed by the Lenca community and by environmentalists.  In 2013, the former official authorized an increase in the generating potential of the proposed dam from 16 megawatts to over 21 megawatts while also declaring the dam to be environmentally sustainable.

The Lenca Indigenous people were not consulted about the dam project, which would have flooded a massive region of native lands and cut off water supplies, as required by law.

Caceres' colleagues from the Civic Council of Popular and Indigenous Organizations of Honduras (COPINH) believe she was killed due to her efforts to stop the construction of the dam.  They claim that the Honduran company behind the project, Desarrollos Energéticos (DESA) and the Honduran government hired contract killers to murder activists like her.

COPINH, which was led by Caceres until her death, welcomed the news in a statement but called for further action to be taken.  "We urge that actions against Honduran government officials involved in the systematic violation of the rights of the Lenca people to continue.  It is remarkable that there are criminal proceedings against two former deputy ministers of the ministry of natural resources and the environment and not against former Minister of Natural Resources and the Environment Rigoberto Cuellar, currently deputy attorney general, who is known for his racist statements and his relationship with the DESA company," read the statement.

Caceres was shot dead in her home on March 3, despite being under police protection.  In the months leading up to her murder, Caceres denounced dozens of death threats, incidents of harassment, and threats of sexual violence, allegedly at the hands of state and private agents.

Caceres' family and COPINH members have demanded an independent probe since day one, expressing skepticism in the local justice system to carry out a reliable investigation given its track record of corruption, impunity and botched cases.