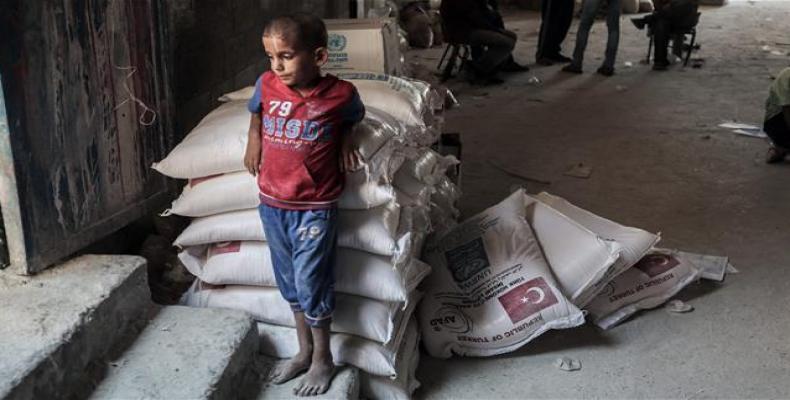 Washington, January 17 (RHC)-- The United States has withheld tens of millions of dollars in money for a United Nations agency tasked with providing services for Palestinian refugees.

The U.S. State Department claimed that the decision was not taken to pressure Palestinian leaders and served as a call on other countries to step forward and do more to help the Palestinian refugees.

"This is not aimed at punishing anyone," U.S. State Department spokesperson Heather Nauert told reporters. "The United States government and the Trump administration believe that there should be more so-called burden-sharing to go around."

The department also sent a letter to UNRWA, demanding that the agency undergo major changes and describing the reforms as a condition of releasing more money.

Earlier in the day, the UNRWA had announced a forced lay-off of more than 100 employees in Jordan because of the U.S.'s refusal to allow the transfer of financial aid to the agency.

Israel created a wave of Palestinian refugees numbering in the hundreds of thousands after it overran huge swathes of Arab territories in the Middle East to proclaim existence in 1948. Ever since, many refugees have been scattered across densely-crowded camps in the Palestinian territories of the West Bank and the Gaza Strip, as well as in Jordan and Lebanon.

Relations between the U.S. and Palestine have also been stained over the past weeks since Washington recognized Jerusalem al-Quds as Israel's capital and vowed to relocate the U.S. embassy in Israel from Tel Aviv to the occupied city.

The entire Jerusalem al-Quds is currently under Israel's control, while the regime also claims the city's eastern part, which hosts the third holiest Muslim site.