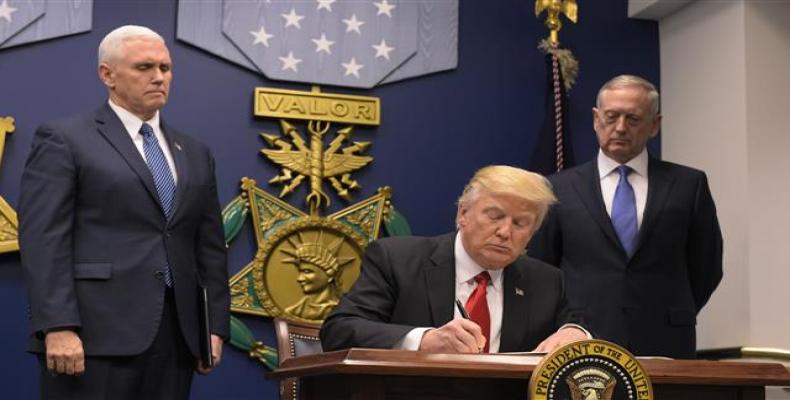 Trump's executive order curbing immigration has aroused an international outcry, even among U.S. allies, and sown chaos and confusion among travelers.  Legal challenges have spread with severalU.S. states suing to overturn the order, saying it flouts constitutional guarantees of religious freedom.

In a statement, the U.N. experts urged the Trump administration to protect people fleeing war and persecution and uphold the principle of non-discrimination based on race, nationality and religion.  The United States should not force back refugees, a practice known as refoulement.  "Such an order is clearly discriminatory based on one’s nationality and leads to increased stigmatization of Muslim communities," the experts' statement said.

U.N. High Commissioner for Human Rights Zeid Ra'ad al-Hussein also stated that discriminating against people on the basis of their nationality is illegal.