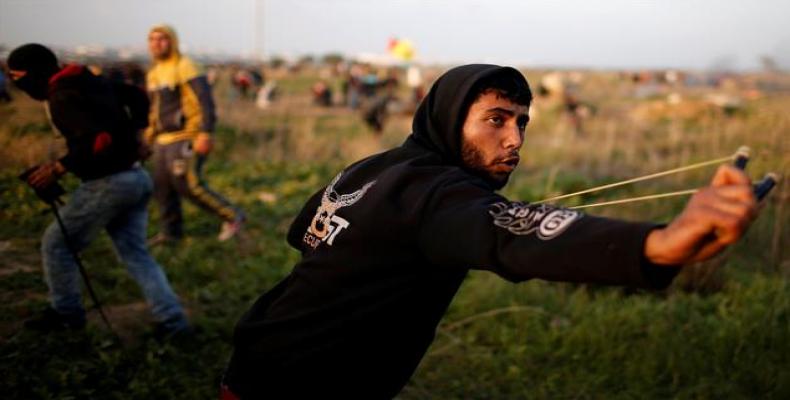 Ramallah, January 15 (RHC)-- At least 176 Palestinians were wounded by Israeli live ammunition during clashes in protests at U.S. President Donald Trump's recognition of Jerusalem as the capital of Israel, Palestinian officials say.

Last month, Trump announced his decision to recognize Jerusalem as Israel’s capital and relocate the U.S. embassy in Israel from Tel Aviv to the occupied city.  The U.S. president's decision caused anger across the Arab and Muslim world and concern among Washington's European allies as well as Russia.  Of course, Israel welcomed it.

The Palestinian Health Ministry said a total of 176 protesters were injured during the clashes in the Gaza Strip and the West Bank.  A total of 17 Palestinians have been killed since Trump's announcement of his decision about the Jerusalem.

The dramatic shift in Washington’s policy vis-à-vis the city triggered demonstrations in the occupied Palestinian territories, Iran, Turkey, Egypt, Jordan, Tunisia, Algeria, Iraq, Morocco and other Muslim countries.  On December 21st, the United Nations General Assembly overwhelmingly voted in favor of a resolution that called on the US to withdraw its controversial decision.

Meanwhile, Palestinians held separate funerals for two teenagers killed by Israeli soldiers in the occupied West Bank and the besieged Gaza Strip.  Spokesman for the Gaza Ministry of Health, Ashraf al-Qidra, said in a statement that Abu Mousaed sustained grave gunshot wounds in the chest near the border fence east of al-Bureij camp and succumbed to his wounds after he was taken to al-Aqsa Martyrs hospital in Deir al-Balah city.

People in the occupied West Bank laid to rest 17-year-old Ali Omar Nimr Qino, who was killed after Israeli troopers opened fire on a group of Palestinian protesters in Burin village, southwest of Nablus.

Jerusalem remains at the core of the Israeli-Palestinian conflict, with Palestinians hoping that the eastern part of the city would eventually serve as the capital of a future independent Palestinian state.