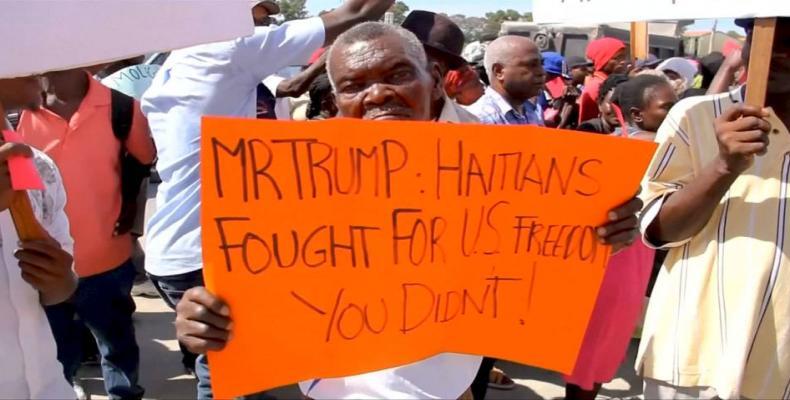 Washington, January 23 (RHC)-- The Donald Trump administration has removed Haitians from eligibility under a pair of U.S. visa programs that offer immigrants a chance to work in low-wage jobs.  In a regulatory filing, the Department of Homeland Security said that Haitians will no longer be allowed to obtain H-2A agricultural and H-2B non-agricultural temporary work permits.

In explaining its move, the DHS cited what it called “high levels of fraud and abuse” committed by Haitians.  In November, President Trump ended temporary protected status -- or TPS -- for nearly 60,000 Haitians, many of whom came to the United States after the devastating 2010 earthquake in Haiti.

In other news, demonstrators gathered outside the U.S. Embassy in Haiti’s capital, Port-au-Prince, to protest President Trump’s policies -- and to condemn his recent remarks in which he called Haiti, El Salvador and African Nations “shithole countries.”   An organizer for the protests, David Oxygène of the Movement for Liberty and Equality of Haitians, said: “We’re saying that Donald Trump is a racist, criminal president.  We are declaring him persona non grata.  He can’t step foot on this land, the land of Jean-Jacques Dessalines, the father of the nation.  He shouldn’t come to any country in the Caribbean, nor any in Africa, because he treats those countries like shit.”