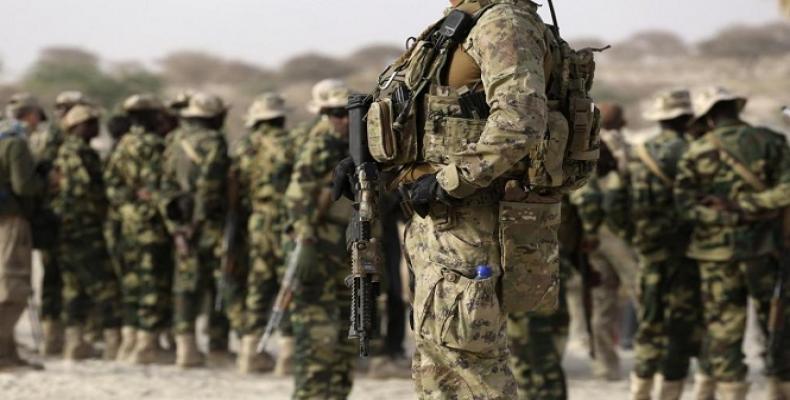 Buenos Aires, May 3 (RHC)-- U.S. military troops have arrived in Argentina to begin joint military exercises.  The maneuvers were organized in the framework of the Proliferation Security Initiative that purportedly aims to curtail the global trafficking of weapons of mass destruction.

Observers have pointed out that President Mauricio Macri failed to ask the Argentinean Congress for approval to allow the entry of the foreign troops.  The ministry of defense has argued it is a “theoretical” exercise, and that no congressional approval is required because the military personnel entering the country are defense technicians and military intelligence.

Elsa Bruzzone, a defense specialist with the Military Center for Argentinean Democracy (CEMIDA), told reporters: “The government searches for any excuse to bypass Congress and they don’t say where the exercises will take place because they fear popular reaction.”

According to local media the exercise involves a truck supposedly carrying weapons of mass destruction to a coastal province of Argentina.  The South American country's military and national security forces will have to launch an operation with U.S. forces in which they evaluate possible actions to avoid a potential catastrophe.

In 2011, a military plane carrying weapons and communications devices landed in Ezeiza, near Buenos Aires.  Argentinean authorities seized the plane’s cargo and accused the U.S. of trying to smuggle military objects, arguing much of what was found in the plane was not reported in a previous memo.

Bruzzone explains joint exercises are part of the security and defense cooperation agreements signed between Macri’s and Barack Obama’s governments, which also include the installation of military bases in Argentinean territory.

“Those agreements establish the installation of a military base in Ushuaia, disguised as a scientific base, and has as its objective the Antartida, the greatest reserve of frozen fresh water in the world… they also establish the installation of a base in the Triple Frontier, in Misiones, were the Guarani aquifer is, the fourth largest water reservoir,” Bruzzone said.