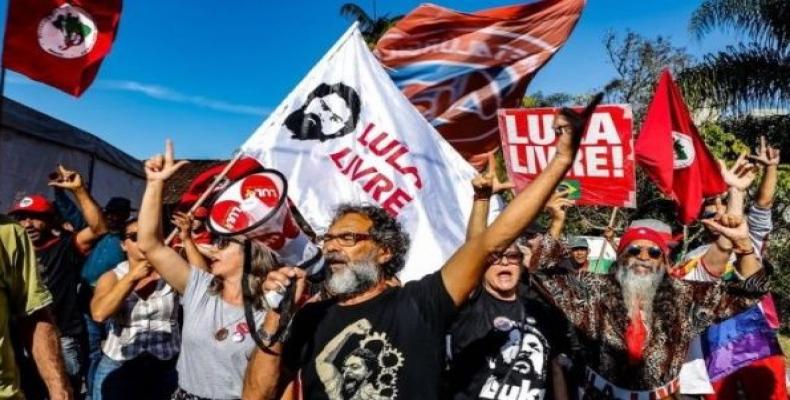 The committee issued the finding following an urgent request filed by Lula’s lawyers.  In a statement, the panel “requested Brazil to take all necessary measures to ensure that Lula can enjoy and exercise his political rights while in prison, as (a) candidate in the 2018 presidential elections”.

Lula, a two-term former president who is serving time behind bars for corruption, is currently leading the polls for the October vote.  The committee said Lula cannot be barred as a candidate “until his appeals before the courts have been completed in fair judicial proceedings.”

The Geneva-based committee monitors a member state’s compliance with the international covenant on civil and political rights, as well as a supplementary text called the optional protocol.  Because Brazil has ratified both texts, it is technically obligated to abide by the committee’s findings.

Committee member Olivier de Frouville told AFP that Lula’s lawyers had asked for urgent action on three issues: that he be immediately freed from jail, that he be granted access to the media and his political party, and that he be allowed to run in the election.  The panel rejected the first request but sided with Lula on the two other issues.