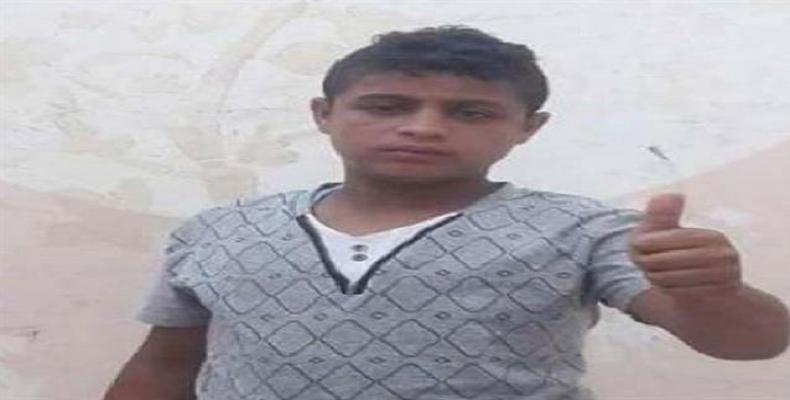 Gaza City, July 14 (RHC)-- Israeli regime forces have reportedly killed a Palestinian teenager and injured 25 others when they opened fire on protesters taking part in a weekly march in the besieged Gaza Strip in solidarity with the West Bank village of Khan al-Ahmar.

In a statement issued on Friday, the Palestinian Health Ministry in Gaza identified the killed protester as 15-year-old Uthman Rami Hals.  An earlier announcement said at least 25 people had been wounded by Israeli gun fire on peaceful demonstrators protesting the Tel Aviv regime’s policy of expelling local Palestinian residents from the village in the occupied West Bank.

The victims of Friday's attack on Palestinians marching near the buffer zone, which separates the Gaza enclave from the Israeli-occupied territories, included a woman, according to local reports.

Residents of Khan al-Ahmar, located just outside Jerusalem al-Quds, are resisting an Israeli scheme to demolish Palestinian homes and buildings there.

Palestinians in Gaza have been rallying every Friday since March 30 as a part of a peaceful campaign known as the Great March of Return.  So far, Israeli forces have killed more than 135 Palestinians, including over a dozen children, and injured hundreds of others during the rallies.

In a separate incident, a number of Palestinian protesters choked on tear gas at a noontime rally on Friday in clashes with Israeli troops in the town of Kafr Qaddum, east of the West Bank city of Qalqilya.  According to a report by the Gaza-based Palestinian Information Center, Israeli military patrols brutally attacked a weekly march in Kafr Qaddum.

The report further stated that Palestinian photojournalist Nidal Eshtiyeh, who works for a Chinese TV Channel, also sustained rubber bullet wounds in his leg as he engaged in press coverage of the march.

Protests along the Gaza fence since March 30 have led to clashes with Israeli military and police forces. Palestinian protesters demand their right of return to their homeland.