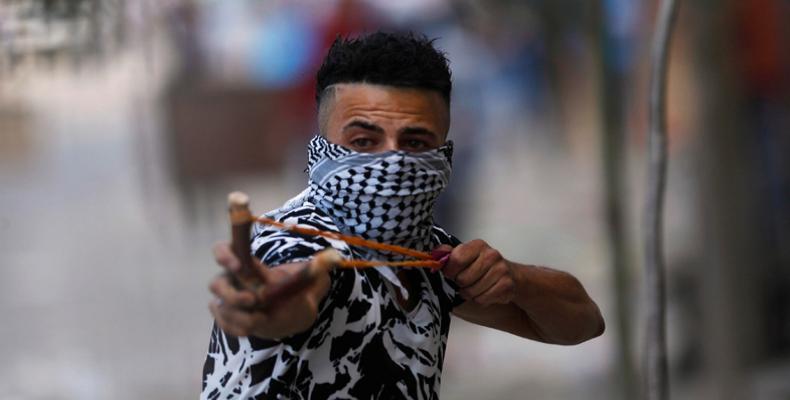 The killings came several hours after another Palestinian was killed by Israeli gunfire in the Gaza Strip's southern regions.  The Tel Aviv regime's army has confirmed the killings, claiming that the Palestinians were killed while trying to enter occupied Israeli territories.

On Saturday, a Palestinian teenager succumbed to injuries he sustained during the Israeli military's crackdown against mass anti-occupation protests in the besieged Gaza Strip.  Azzam Aweida, 15, died after he was shot the previous day by Israeli troops during protests along the border between the Gaza Strip and occupied territories, the Palestinian Health Ministry said.

According to the ministry, the Palestinian teenager was hit in the head during protests in southern Gaza on Friday.

UN High Commissioner for Human Rights Zeid Raad al-Hussein on Friday called the loss of life deplorable and said a "staggering number" of injuries had been caused by live ammunition.

Protests along the Gaza border since March 30 have led to clashes with Israeli forces in which some 46 Palestinians have lost their lives and hundreds of others sustained injuries.

The Palestinian rally will last until May 15, which coincides with the 70th anniversary of Nakba Day (Day of Catastrophe) on which Israel was created.  Every year on May 15, Palestinians all over the world hold demonstrations to commemorate Nakba Day, which marks the anniversary of the forcible eviction of hundreds of thousands of Palestinians from their homeland by Israelis in 1948.

Since 1948, the Israeli regime has denied Palestinian refugees the right to return, despite UN resolutions and international law that uphold people's right to return to their homelands.