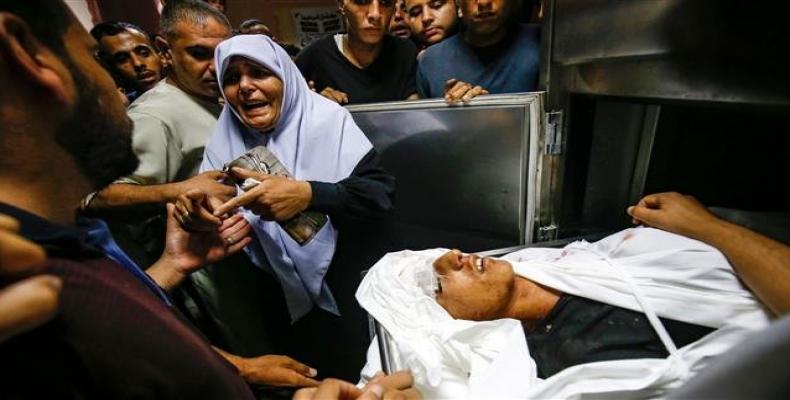 Gaza City, October 4 (RHC)-- A Palestinian teenager has been killed by Israeli soldiers during protests near the fence between the besieged Gaza Strip and the occupied territories.

Palestinian sources quoted the Gaza Health Ministry as saying that 15-year-old Ahmed Abu Habel was shot in the head by Israeli forces near a checkpoint in the Beit Hanoun area of the northern Gaza Strip on Wednesday.  Some 24 people were also injured during the clashes, according to the ministry.

The clashes in Gaza reached their peak on May 14th, the eve of the 70th anniversary of Nakba Day, or the Day of Catastrophe, which coincided this year with Washington's relocation of the US embassy from Tel Aviv to occupied Jerusalem al-Quds.

Israel has also launched several wars on the Palestinian sliver, the last of which began in early July 2014 and ended in late August the same year.  The Israeli military aggression killed nearly 2,200 Palestinians and injured over 11,100 others.