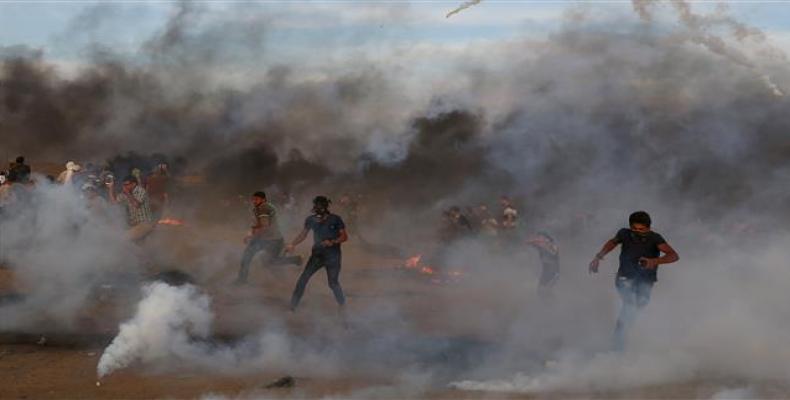 Gaza City, January 12 (RHC)-- Israeli forces have killed a Palestinian woman and injured at least 25 people during protests along the border between the besieged Gaza Strip and the occupied territories.

Ashraf al-Qedra, the spokesman for the Gaza Health Ministry, said Aml Moustafa Ahmed, 43, was killed by Israeli fire during protests east of the Gaza Strip on Friday.

He added that the Israeli forces also shot and wounded at least 25 other people during the clashes.  Two journalists and a paramedic were also injured after they were hit by tear gas bombs.

Tensions have been running high near the fence separating Gaza from the occupied territories since March 30, which marked the start of the protests.   Palestinian protesters demand the right to return for those driven out of their homeland.

More than 240 Palestinians have so far been killed and over 20,000 others wounded in the renewed Gaza clashes, according to the latest figures released by the Gaza Health Ministry.

Separately, the Palestinian Health Ministry in the occupied West Bank announced that Israeli forces seriously injured a Palestinian man in the city of Hebron on Friday.  The Israeli military had claimed that the man was trying to stab Israeli soldiers near Kiryat Arba settlement.