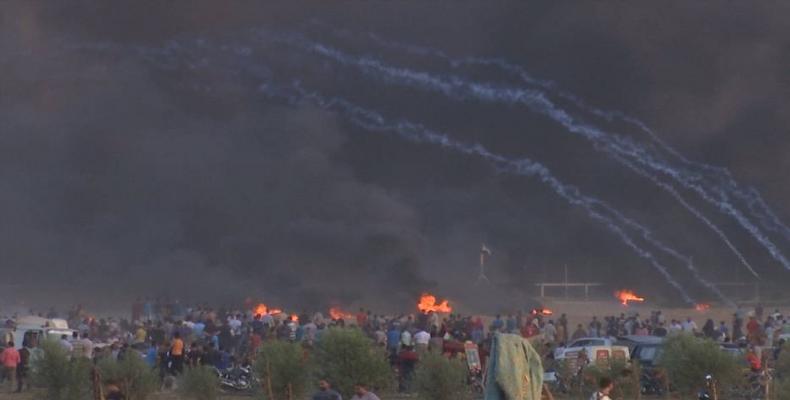 Gaza City, September 21 (RHC)-- The Israeli military shot and killed a 15-year old boy in southern Gaza on Thursday during a protest near the fence with Israel.

Palestinians in the Gaza Strip have been protesting since March 30 under the banner of the Great March of Return.  According to health officials in Gaza, Israeli forces have killed at least 173 Palestinians and wounded over 18,000 people, since the beginning of the protests.

Meanwhile in Gaza City, employees of UNRWA -- the United Nations Relief and Works Agency for Palestine -- protested on Wednesday against job cuts.  UNRWA is reducing jobs following the Trump administration’s decision to cut all funding to the agency.