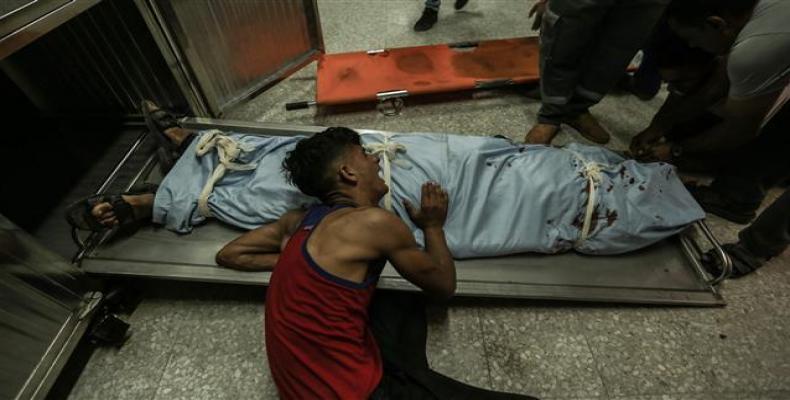 Gaza City, August 7 (RHC)-- In Gaza, Israeli soldiers killed two Palestinian protesters during the latest round of protests at the separation fence between Israel and Gaza.  One of the victims was 15-year-old Muadh al-Suri, who was shot in the stomach by an Israeli soldier.

Gaza authorities say the Israeli military has killed at least 160 Palestinians and wounded over 15,000 more since the nonviolent Great March of Return protests began on March 30th.

Israel and Egypt are reportedly discussing a deal aimed at improving living conditions in Gaza.

Meanwhile, in Israel, tens of thousands protested against the controversial new law defining Israel as the nation-state of the Jewish people. The protest was led by the Druze community, an ethnic and religious minority in Israel.