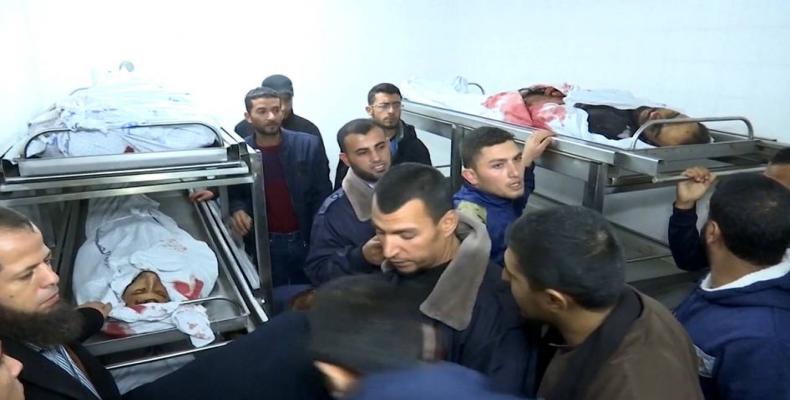 Gaza City, November 12 (RHC)-- In the Gaza Strip, Palestinians say Israeli commandos in a civilian vehicle drove into the southern city of Khan Younis Sunday in a clandestine raid that killed seven Hamas members, including a commander.

Israel said one of its soldiers had been killed in an exchange of fire before Israel called in tank fire and airstrikes while the commandos escaped back to Israel.  After the fighting, Palestinians fired 17 rockets into southern Israel, none of which appear to have caused deaths or injuries.

Meanwhile, Israel allowed the government of Qatar to provide millions of dollars in aid to pay the salaries of thousands of Palestinian civil servants who’ve worked for months without a full paycheck.  Israel has also allowed shipments of diesel fuel into Gaza -- also paid for by Qatar -- which has reduced the number of hours Gaza residents have spent without electricity. Even with the increased power supply, Gazans have only about eight hours of electricity per day.