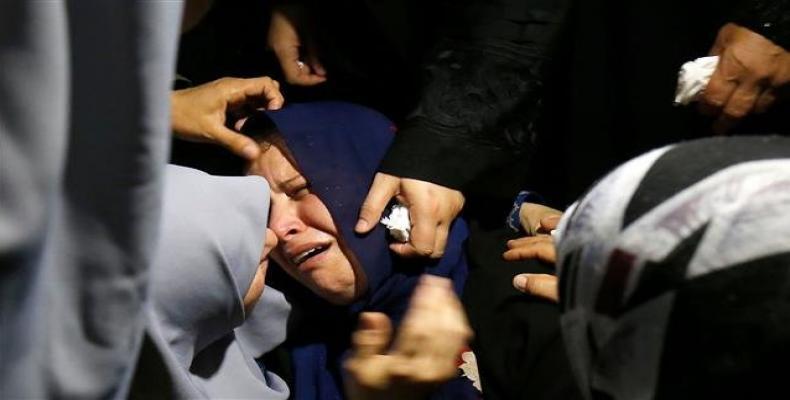 Gaza City, January 14 (RHC)-- A Palestinian teenager has died three days after being shot by Tel Aviv regime forces during clashes between Israeli troopers and a group of Palestinian protesters participating in an anti-occupation rally along the border between the besieged Gaza Strip and the Israeli-occupied territories.

Gaza's Health Ministry spokesman Ashraf al-Qidra said in a statement on Monday that Abdul Raouf Salha, 14, "died as a result of his injuries from (Israeli) occupation fire on Friday east of Jabalia," which is located 4 kilometers north of the coastal enclave.

The Palestinian Ma'an News Agency also confirmed that Salha, who was hit by live Israeli bullets, was pronounced dead at al-Shifa Hospital.

A Palestinian woman was killed and dozens more injured during Friday’s protests at the fence separating Gaza Strip from the occupied territories.

The Israeli military said Friday around 13,000 Palestinians had taken part in violent protests in multiple sites along the border.