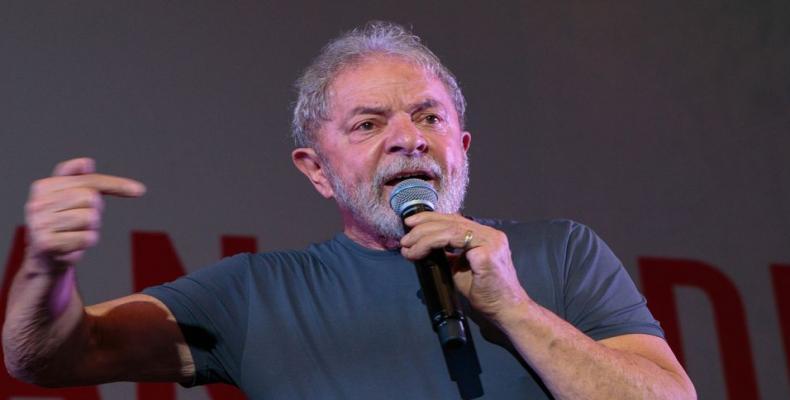 In its final manifestation, Lula's lawyers denounce the lack of prerogative of former judge Sergio Moro, who arrested Lula to later be minister of his competitor (Jair Bolsonaro) in the October election, and the cruelty of the Brazilian government that prevented Lula from leaving prison to attend the funerals of a deceased brother in January.

Lula's defense delivered the last evidence document to the Human Rights Committee of the UN on Thursday. The expectation is that the case will be included in the agenda of that meeting in March.

In August, the National Human Rights Committee (CNDH) of Brazil recognized the resolution of the UN representation on the right of the former president and presidential candidate to participate in the elections to be held in October.

Through a statement, the Commission recognized that both Lula and the members of his party (PT) deserved spaces in the media.

The UN Committee issued a resolution in that same month for the Brazilian government to adopt all the necessary measures and Lula could exercise his political rights as a presidential candidate, even though he was in prison.   However, the Temer administration ensured that the UN conclusions were recommendations, so they were not legally binding.

Since April Lula remains a prisoner in the Superintendence of the Federal Police in Curitiba, capital of the southern state of Paraná, after receiving a sanction of 12 years and one month imposed by the Federal Regional Court of the fourth region (TRF4) for alleged acts of corruption.