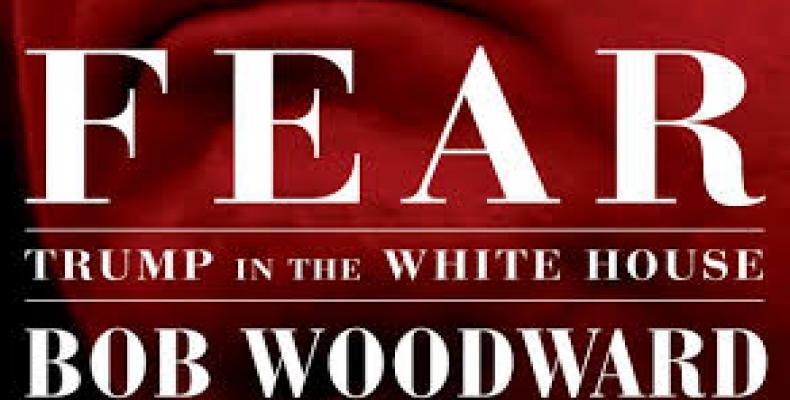 Among the revelations in the book, Defense Secretary James Mattis reportedly said Trump has the understanding of a "fifth or sixth grader."  And Trump reportedly said his decision to finally condemn the deadly white supremacist violence in Charlottesville, Virginia, last year was "the biggest fucking mistake I've made."  Trump had previously refused to condemn the white supremacists, instead claiming there was "violence on both sides."

The book -- entitled "Fear: Trump in the White House" -- will be officially released next week and already hits the bookstands as a Best Seller.