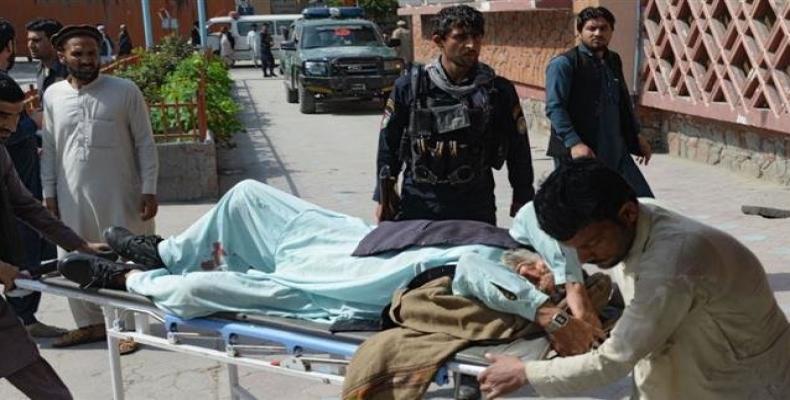 Kabul, November 21 (RHC)-- More than 50 people have been killed and over 80 wounded after a huge explosion ripped through a building in Afghanistan's capital in which a large crowd of people, including religious scholars, were marking the birthday anniversary of Prophet Mohammad.

The deadly attack was carried out near the center of Kabul.   The Afghan television station, Tolo News, citing a number of eyewitnesses, said at least 1,000 people were present in the wedding hall at the time of the explosion, which was the deadliest of such attacks in Kabul in recent months.

Reports said the attacker, wearing an explosives-laden vest, entered a banquet room in the hall, a massive complex housing several large rooms, and detonated his explosives.

Officials at Kabul's Emergency Hospital told Reuters that at least 30 ambulances had rushed to the explosion site and more than 40 people were critically wounded.

No group has claimed responsibility for the attack yet, but it bears the hallmark of attacks carried out by the Takfiri Daesh terrorist group, which has taken advantage of the chaos in Afghanistan and established a foothold in the war-torn country’s eastern and northern regions.